The Ultimate Guide to Plant Milks

Plant-based milks are non-dairy milks made from grains, beans and nuts, and they are great alternative milks for those looking for lactose-free, gluten-free, heart healthy low fat, and especially - cruelty-free products that don't cause animal suffering.

Whether you like your milk creamy or light, plain or sweet, in your coffee, cereal, smoothies, cookies, or mac and cheese - there’s a plant milk for you!

Here’s a guide to popular milks, complete with a breakdown of taste, use, and nutrition.

Almond milk's deliciously creamy and mild nutty flavor compares to cow milk because of its thick and even consistency.


It's super smooth, extremely versatile, and pretty widely available all around the world.

Almond milk can easily be enjoyed straight by the glass, used on cereal or in smoothies, and cooking and baking recipes.

Almond milk is high in calcium, and a good source of vitamins E and D. 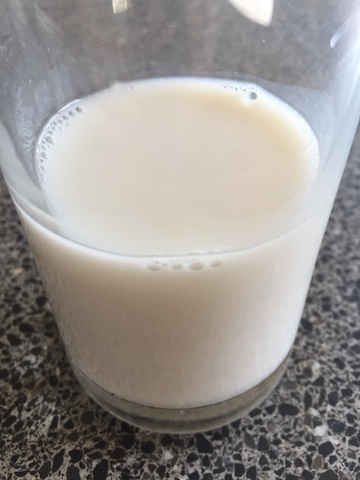 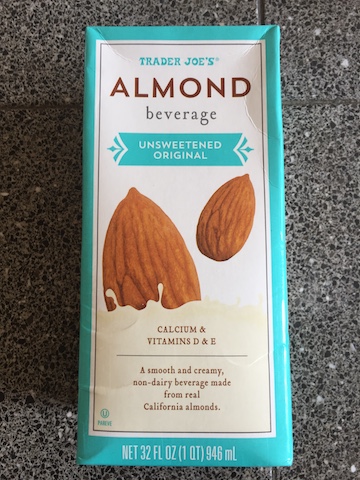 Definitely one of most popular tasting and creamiest plant milks, cashew milk is thick yet light and doesn't have a noticeable nut flavor.

Cashew milk is super delicious, versatile, and widely available by many brands.

Because cashew milk is so creamy yet not nutty in flavor, it can easily be used as any milk product.

Cashew milk is an excellent source of vitamin B12 and D.

An average cup of So Delicious cashew milk is 40 calories, 1 gram of protein, 2 grams of carbs, and 4 grams of fat. 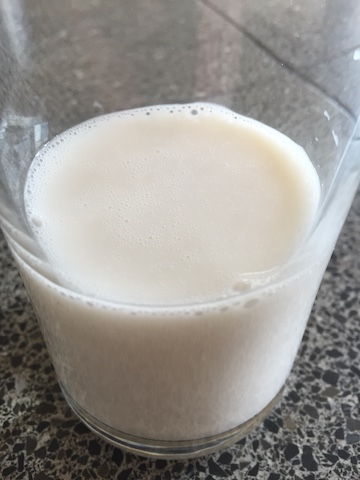 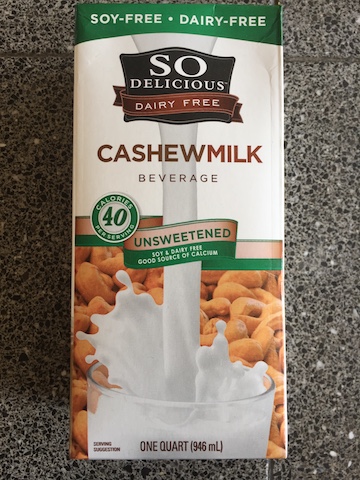 Coconut milk is the lightest and most refreshing of all the plant-based milks.

If you love coconut, you’ll love coconut milk, which is sometimes called coconut beverage to distinguish it from the thicker, canned milk.

Coconut milk is great to drink straight, perfect for smoothies, and it works well in all coffee drinks.

Coconut milk is soy and gluten free, and a good source of calcium, as well as vitamins D and B12.

A cup of Trader Joe's coconut beverage is 60 calories, 5 grams of fat, and only 1 gram of carbs. 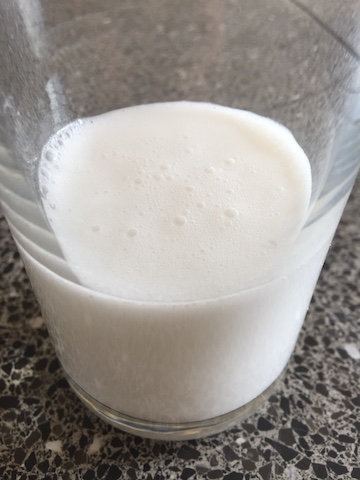 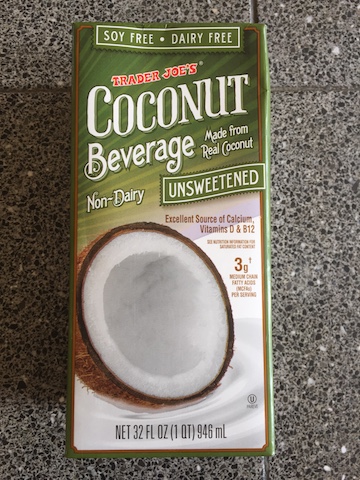 Flax milk, the most popular milk, is described as being similar in taste and texture to cow milk.

Flax milk has an ideal milk consistency, color, and taste.

It's light, refreshing, and with no noticeable flavor or aftertaste whatsoever.

Flax milk is great to drink straight, it works perfect in coffee, in smoothies, or in cereals, and it’s also a great addition to any cooking or baking recipes, including vegan cheeses and creamy sauces.

Flax milk is soy and nut free, and is a total nutrition powerhouse with 1200 mg of omega-3s a serving. 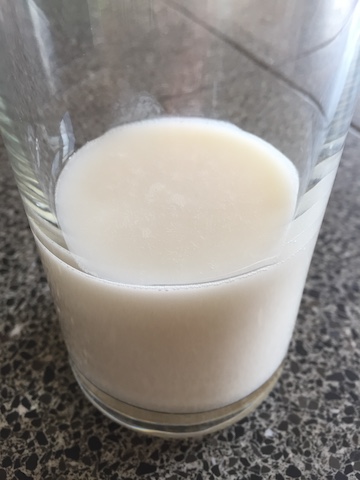 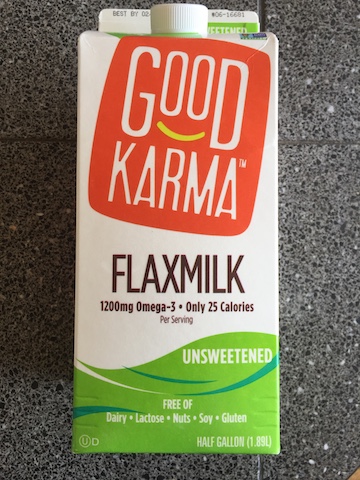 Hazelnut milk works great in cereals and in recipes requiring a lighter milk or froth.

It's also yummy to drink by the glass if you love a slight hint of nut taste.

Hazelnut milk is soy-free and a great source of calcium and vitamins D, B2, A, and E. 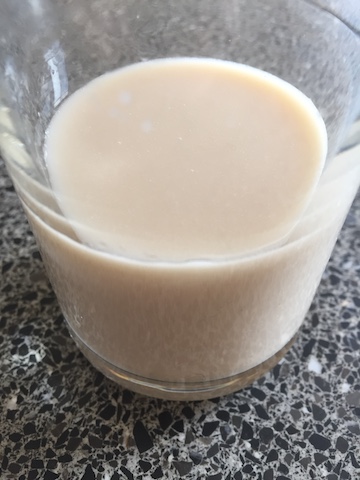 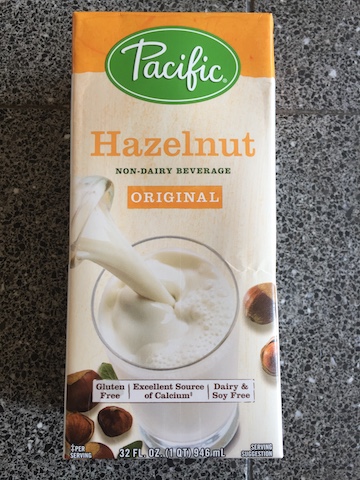 Hemp milk, made from hemp seed, is very light, not that creamy, and has a slightly more unusual flavor profile often described as either grainy or grassy.

Hemp milk can be enjoyed by the glass and works best in cereals and in recipes calling for a lighter milk.


Hemp milk is a nutrition dynamo, boasting omega-3s, calcium, and vitamin D, and has all the essential amino acids. 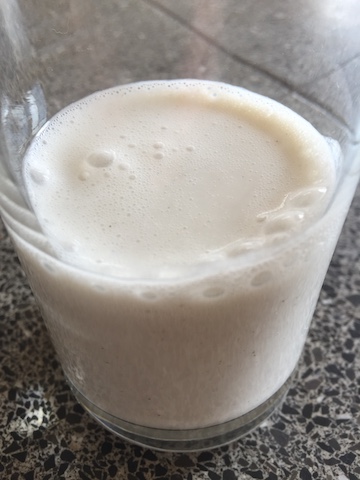 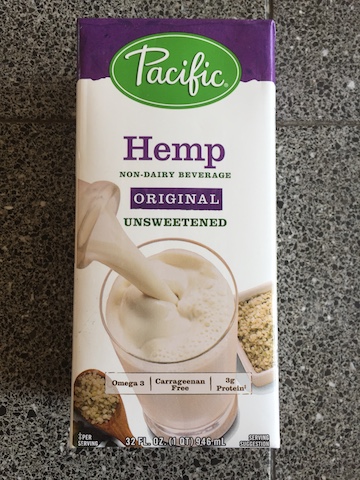 Macadamia milk is a plain milk that tastes a lot like macadamia nuts.

It’s thicker and a bit creamier than most plant-based milks.

This one is quite pleasantly addicting to drink.

Macadamia milk is ultra delicious to drink straight by the glass and also works great in cereals and in smoothies.


Macadamia milk is super high in vitamin B12, and a good source of vitamins D and A. 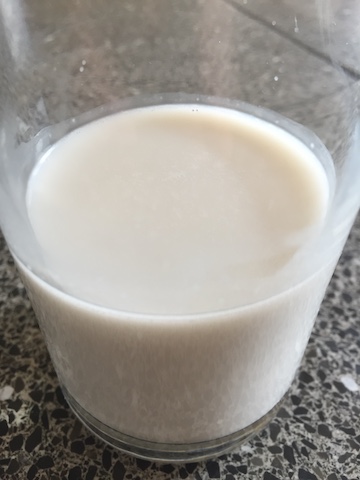 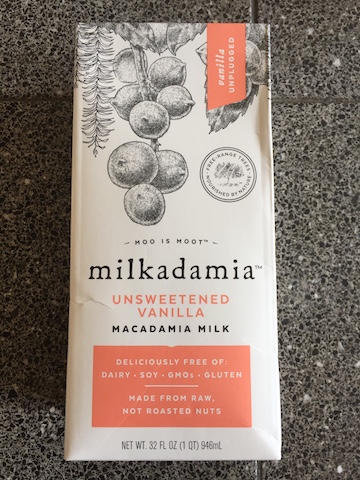 Oat milk is slightly darker in color then the other plant milks, although it doesn’t have much noticeable flavor to it.

It’s very light and airy, and most similar in texture to fat-free skim milk.


Oat milk is drinkable by the glass and can also easily be substituted as a light milk for cereals, oatmeals, or baking recipes.

Oat milk is a good source of vitamins D, 2 and A. 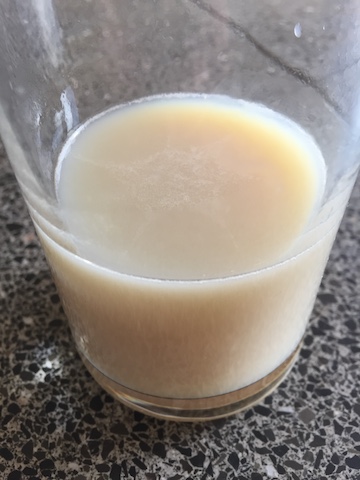 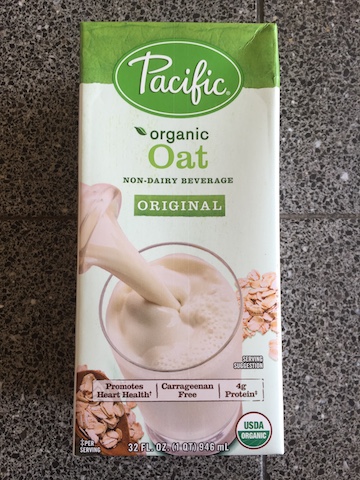 Pea milk is hands down the absolute creamiest of all plant-based milks.

Because of its thick and almost oily viscosity, pea milk is an excellent coffee creamer and works great in cooking and baking recipes since it helps act as a binding agent.

Pea milk is soy and nut free, and a good source of calcium and vitamins D and A.

A cup of Ripple pea milk is 70 calories, 4.5 grams of fat, and an amazing 8 grams of heart healthy protein. 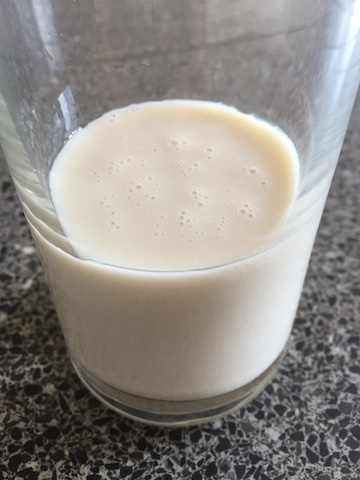 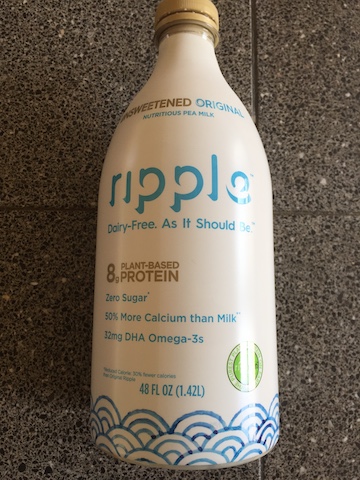 Peanut milk is thick and creamy and tastes exactly like creamy peanuts.

It's consistency is pretty similar to low-fat milk in texture but still light enough to drink.

Peanut milk is great in coffee, works in smoothies, and in baking recipes like cookies where a nutty flavor works.

Peanut milk is gluten-free and a great source of potassium and calcium.

A serving of Elmhurst peanut milk is 150 calories, 11 grams of fat, 6 grams of carbs, and 6 grams of protein. 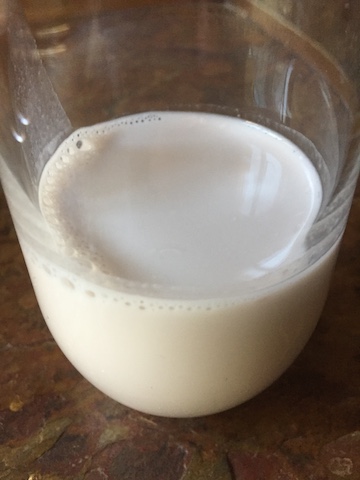 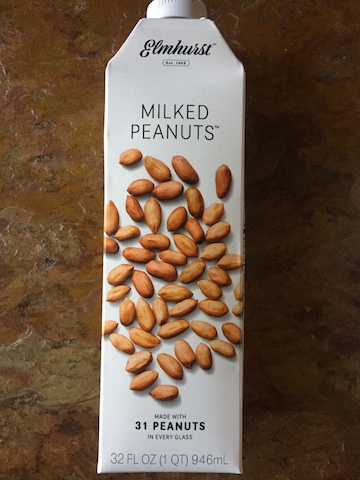 Pecan milk has been called a surprisingly tasty plant milk.

Often in vanilla or maple flavors, pecan milk tastes just like your cereal bowl milk tastes - light and sweet, with a hint of nuttiness.

Pecan milk is amazingly delicious straight from the bottle and stellar in cereals, oatmeals and cookies. 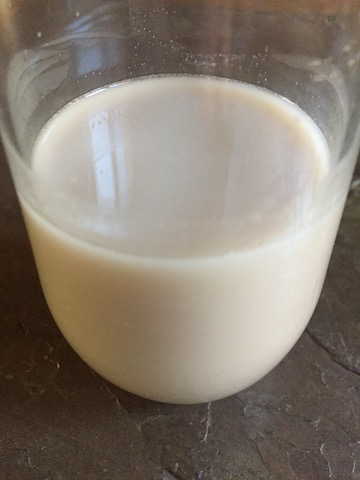 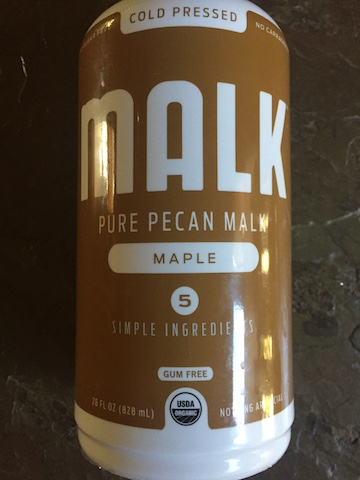 Rice milk is a very light milk with an almost watery texture - it closely resembles an ultra light skim milk.

Rice milk is perfect for milk drinkers with a sweet tooth.

Unsweetened, it’s still on the sweet side and vanilla flavored is even sweeter.


Rice milk lovers swear by this stuff because it’s a great, easily drinkable alternative for those allergic to lactose, soy or nuts.

It’s also an easy sub in smoothies, cereals and baking.

Rice milk is a good source of calcium, vitamin D and vitamin B12. 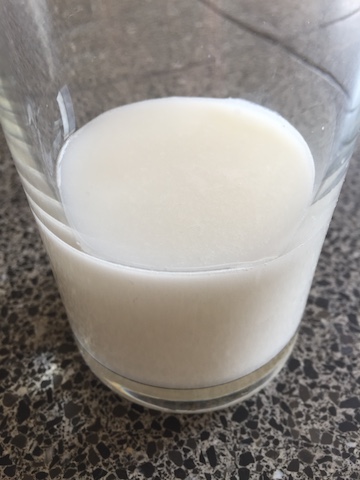 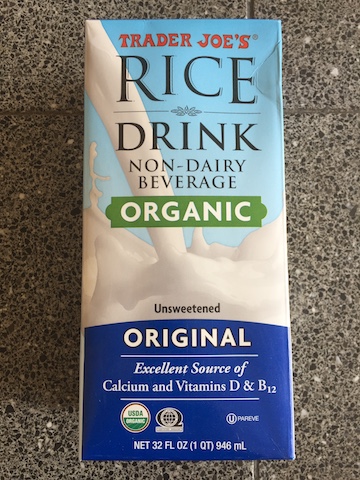 Soy milk is the original plant milk and is widely available worldwide.

It’s been around forever and is the prefect staple because it’s super versatile.

Soy milk is so versatile as a milk that it works great in everything - by the glass, in coffee drinks, cereals, smoothies, and in all cooking and baking recipes.


Soy milk is a great source of calcium, vitamin D and B2.

A cup of Westsoy soy milk is 70 calories, 10 grams of carbs, and a whopping 6 grams of protein. 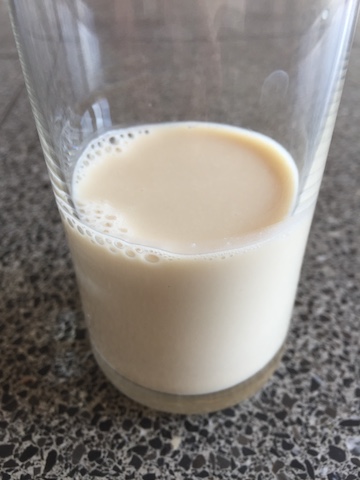 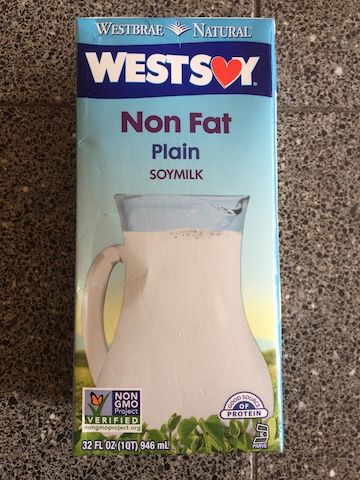 Walnut milk is great to drink straight by the glass.

It also works out well in coffee and smoothies if you're looking for a lighter consistency milk. 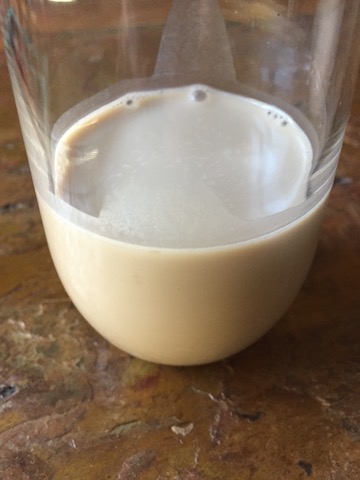 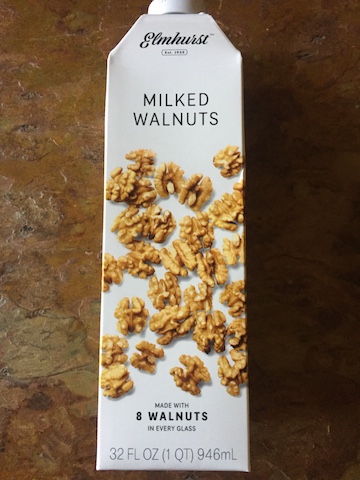